In San Mateo County Superior Court in Redwood City, defendants accused of drunk driving will typically find that their case is heard by a special department with designated or rotating judges who address DUIs in different ways. If this is your first DUI or even your first DUI within 10 years, this article most likely does not apply to you. The Multiple DUI Court is special to San Mateo County cases and is designed for many “multiple offenders” of DUI law.

The Multiple DUI Court (MDUI) in Redwood City is structured to reduce the likelihood of future DUIs for those who have continued to drink and drive even after one DUI is on their record. One way the court tries to do this is by employing intensive supervision and drug and alcohol treatment.  Intensive supervision includes the following strategies: 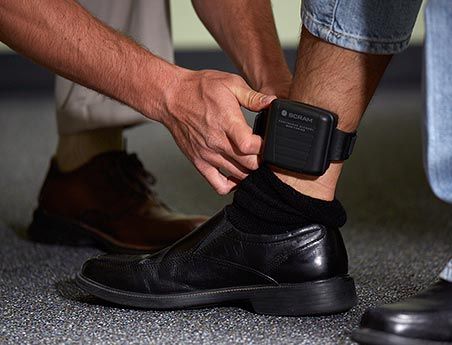 The MDUI court will additionally look at ordering treatment for alcohol use or any other issues which may be causing their repeat criminal behavior.

MDUI court in Redwood City does not typically apply every multiple offenders.  For example it’s not for those who are not Bay Area residents.  Also if a defendant has a current offense that is “more serious” such as those involving other crimes, then a multiple DUI court is most likely the wrong forum and will not typically be designated.  If a defendant has a current or prior DUI involving injury or death then MDUI court would not be used. Finally, MDUI court is not typically available for those already assigned to Intensive Probation Supervision.

If you are facing a second DUI, please contact the attorney at the Law Office of James Dunn. We will advise you regarding the most likely venue for your case given your unique circumstances.

How the Process Begins at MDUI Court in Redwood City

When you show up to Redwood City, San Mateo Superior Court, look for your name on the electronic bulletin board on the main level past the security checkpoint.  You are directed to your “department” which is basically a room number. There is no way to know off hand if this department corresponds to a multiple DUI court unless you ask your attorney.  It is advisable to have a hired attorney at the first court date. However, if you cannot afford one, the court will likely refer you to a private defender program.

Regardless of which court you are assigned to an attorney will use his or her time and resources to try and defend your case. He or she can either review all evidence to be used against you, such as police report materials, video, audio, written confessions, etc.  or he can hired investigators or experts to dig up other facts, information, theories to defend your case and demonstrate that the district attorney’s case has flaws and inconsistencies.

What can happen in San Mateo County Multiple DUI Court?

The following does not take into account what can happens when you have a valid defense to your case.  It is important to talk with your attorney about your specific case. When you are in MDUI court you can end up with an outcome involving the minimum mandatory jail sentence for their offense, which will be shorter than the sentence MDUI offenders have traditionally received.

“Each DUI case is unique and the MDUI court is evolving and changing. Regardless of potential multiple DUI court outcomes, we can fight your case.  Please talk to your attorney about your special situation and listen to the particular strategy devised for you.”
-Attorney Robert Preskill

For a 2nd Offense, in Non-MDUI courts defendants would have served 30 to 60 days but in the MDUI courts they would only serve 10 days.

For a 3rd offense the traditional court might have prescribed 180 to 270 days but in MDUI they only prescribe 120 days.

Instead of more jail, MDUI offenders would do 4 to 6 months of intensive probation supervision followed by 2.5 years of informal or formal probation.  During this period the participant would typically have random, unannounced searches and alcohol testing.

Defendants would typically be expected to appear in court monthly for 4 to 6 months after a DUI case is settled.  The court could extend this time depending on the individual and his or her situation.

Fines:  In traditional courts, DUI fines can be over $2000 for the second or third DUI offense but in the MDUI court there are no DUI fines.  However restitution (which involves compensation or paying back) will be mandatory.  When participants do not comply with requirements or conditions, sanctions can be levied and this can also include revocation of probation or short amounts of jail time.

Along with other requirements, every 3rd DUI Participant will be ordered to wear a SCRAM (secure continuous remote alcohol monitor) device for the first 4 to 6 months of probation, from the time any in-custody jail sentence is served.  SCRAM device gives continuous monitoring of alcohol through a sensor.