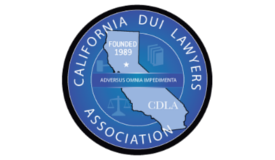 What are the Type of Theft Crimes in the San Francisco Bay Area?

The term theft can encompass a wide variety of crimes and actions that involve the unauthorized taking of another’s property, money or labor. California Penal Code § 484-502 outlines the various theft offenses, including, among others:

Depending on the circumstances involved in your case, theft crimes in California may be prosecuted as misdemeanors or felonies. Penalties for any theft offense can be extremely harsh and can involve any combination of fines, mandatory jail or prison sentences and unsavory criminal records that can negatively impact your future.

What is the Difference between Petty Theft and Grand Theft?

I Made a Simple Mistake. I took something from a store. How Do You Define Theft?

Theft is generally described as intentionally taking personal property that belongs to someone else.  In the law, there are minor exceptions to this rule but consider this a good approximation. The California code defines it in the following way.

“Every person who shall feloniously steal, take, carry, lead, or drive away the personal property of another, or who shall fraudulently appropriate property which has been entrusted to him or her, or who shall knowingly and designedly, by any false or fraudulent representation or pretense, defraud any other person of money, labor or real or personal property, or who causes or procures others to report falsely of his or her wealth or mercantile character and by thus imposing upon any person, obtains credit and thereby fraudulently gets or obtains possession of money, or property or obtains the labor or service of another, is guilty of theft.”
-Section 484(a) of the California Penal Code

Shoplifting Versus Burglary. What is “Shoplifting” and How is it tied in to Burglary?

Shoplifting is another code section used when items taken are $950 or less in value. The best way to understand the code section of PC 459.5 Shoplifting is to first read the section on Commercial Burglary (Second Degree Burglary), which is a more serious charge than shoplifting.

“Every person who enters any house, room, apartment, tenement, shop, warehouse, store, mill, barn, stable, outhouse or other building, tent, vessel… … with intent to commit grand or petit larceny or any felony is guilty of burglary.”
-Commercial Burglary, Section 459 of the California Penal Code

The key is that at the time you enter the store you have criminal intent (to commit theft).  Short of confessing, intent is hard to prove unless you are found to have or use “burglary tools” which can be anything from a cutter to a pocket knife, to a demagnetizer.  We have even seen shopping bags identified as burglary tools although with the encouragement to reuse old shopping bags, this assertion is now rare.

460.  “(a) Every burglary of an inhabited dwelling house, vessel, … floating home… trailer coach, as defined by the Vehicle Code, or the inhabited portion of any other building, is burglary of the first degree. (b) All other kinds of burglary are of the second degree.”

This means that burglary of stores is burglary in the second degree.

461.  Burglary is punishable as follows:

(a) Burglary in the first degree: by imprisonment in the state prison for two, four, or six years.

(b) Burglary in the second degree: by imprisonment in the county jail not exceeding one year or imprisonment pursuant to subdivision (h) of Section 1170.

The Shoplifting Exception to Burglary Facts

In the recent past people would typically get charged with burglary when they entered a store and took an item or items valued at less than $950 when it was or could be shown that burglary tools they held indicated an intent to commit a crime upon entering the store. PC 459.5 allows some leniency in those cases.

What is the Punishment for Shoplifting as opposed to Commercial Burglary?

Shoplifting shall be punished as a misdemeanor, except that a person with one or more prior convictions for an offense …may be punished pursuant to subdivision (h) of Section 1170. [relates to “Multiple offenders” – anyone for which this petty theft is not the first conviction.]

Punishment:  PC 490 states, “Petty theft is punishable by fine not exceeding one thousand dollars ($1,000), or by imprisonment in the county jail not exceeding six months, or both.”

Keep in mind that these fines and jail times are guidelines.  In practice, The Law Office of James Dunn can usually settle these cases and avoid jail time.  It’s important to go through the process without mistakes and it’s helpful to have a lawyer handle all matters for you in court. Often the attorney can appear on your behalf so you continue to work or care for children without disruption.

How do I figure out the value of my items?  Several of these items were on sale.

Typically the value is calculated using “full retail value” as marked, not the sale price.  One can make an argument that sale items in a store that frequently has sales as a part of its business practice, or items on sale because of damage or old model should be valued as such, but that is a rare exception.

*This is general information and is not include every law or scenario. This does not legal advice, just basic information. Please note all cases are not equal and one must discuss one’s particular case with an attorney.

Don’t be afraid or powerless anymore! Schedule a Free Consultation with an expert defense team. We will do everything we can to achieve a charge dismissal or charge reduction.
You can reach us 24/7 at (650) 539-0809!