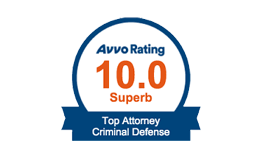 Arrested for Indecent Exposure in Silicon Valley or the Peninsula?

There are many different types of sexually-related criminal offenses set out by California law. Not every sex crime involves sexual assault or abuse – in fact, some do not involve any physical or sexual contact at all. One seemingly minor sex offense is called “indecent exposure” and is set out in California Penal Code 314 PC.

What is Considered to be “Indecent Exposure” in Courts in San Jose and San Mateo?

Conduct that you may consider to be criminally “indecent” may differ significantly from that of the California lawmakers who enacted this law, especially because this offense originated in 1872. The best way to define criminal indecent exposure is to examine the elements that a prosecutor must prove in order to convict someone of the offense, which are as follows:

There is also an additional charge of aggravated indecent exposure, which can apply if you are accused of trespassing into an inhabited building or home and exposing yourself within.

As you can see, the requirements for indecent exposure are complex and specific. However, there are still numerous people charged with this offense on a regular basis in the Bay Area.  Over the years, we’ve defended clients who were accused of indecent exposure when they were simply urinating in public and accidentally exposed themselves.

If I’m Convicted of Indecent Exposure in San Jose or San Mateo, What are the Consequences?

While flashing genitals may seem relatively harmless to many people in this day and age, the law takes this offense seriously and sets out strict potential penalties for those convicted. The following are some of the consequences you may face if charged with indecent exposure in San Jose and elsewhere in California:

It is important to know that a conviction for indecent exposure also requires you to register as a sex offender for the rest of your life. If this occurs, it can have an effect on your personal and professional life. For these reasons, it is critical that you have a highly skilled defense attorney who can help to avoid conviction or to minimize the penalties in your case whenever possible.

Should I Call a Criminal Defense Attorney if I have been Charged with Indecent Exposure?

Yes!  Because of the potential for sex offender registry and potential jail time, it is essential that you call an experienced criminal defense lawyer – especially one that is experienced with the defense of sex crimes -as soon as possible after you are arrested for indecent exposure. Our strategy is to get involved in the case as early as possible.

Sometimes when a client is under investigation, but hasn’t yet been formally charged, we can intervene in the situation, explain our client’s side of the story and avoid charges from being filed.  If this is your situation, then your case is considered to be pre-file.

If you have been formally charged, do not despair. There are still many ways that an experienced sex crime defense attorney can defend you and work to get the charged dropped or significantly reduced.

Having the right sex crime defense attorney on your side can often greatly improve the outcome of an indecent exposure case whether your case is in San Jose, San Mateo, Redwood City or Palo Alto.  Our goal in all cases is to work to get your charges dropped and to avoid registration. When that isn’t possible we can often negotiate more favorable outcomes that allow you to avoid jail.

Being arrested and accused of indecent exposure in California is not something to ever be taken lightly. Every type of criminal charge should be handled by a highly experienced criminal defense attorney, and indecent exposure is no different. If you try to take matters into your own hands, your are unnecessarily risking facing the harshest consequences. With the Law Office of James Dunn on your side, however, you can obtain the most favorable result possible in your indecent exposure case.

At the Law Office of James Dunn, we do not hesitate to represent clients who are facing difficult charges such as indecent exposure. We understand how serious (and unfair) the repercussions can be and our legal team will do everything in our power to achieve the best result possible in your case. Whether you’ve been arrested or are just under investigation, do not wait to call us at 650-539-0809 for help.  We always offer a free initial consultation and are have attorneys on call 24/7.